Five Things You Should Know About Dementia 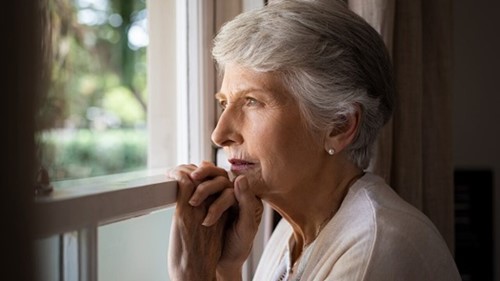 The population is aging and more and more older people are living with dementia. 50 million people worldwide are affected by this disease and there are nearly 10 million new cases every year. A growing number of people are offering support and treatment to a loved one who is suffering from dementia. More people are interacting with or meeting people who have the disorder and want to learn more about it. There is a lot of information in the press and online about dementia, so much that it can be overwhelming, so we’ve provided you with a basic overview of the disorder with 5 things you need to know.

1. Definition of Dementia
Dementia is a chronic and progressive disease that leads to deterioration in memory, thinking, behavior, and the ability to take part in daily activities. It is strongly associated with old age, and symptoms in the early stages often go undetected.

2. Difference between Dementia and Alzheimer’s
Dementia is often used interchangeably with Alzheimer’s Disease, but they actually have different meanings. Dementia is an umbrella term, which describes a wide range of symptoms. Alzheimer’s disease is one type of dementia and the most well-known and common form.

3. Figures of Dementia
50 million people worldwide are affected by this disease and there are nearly 10 million new cases every year. 70 percent of persons with dementia live in the community, and family caregivers are largely responsible for helping them to remain at home.

Physical Impact
People with dementia may gradually lose their ability to walk, stand, or get themselves up from a chair or bed. They are also most likely to fall.

Mental Impact
They may be unable to carry out simple activities, or unable to concentrate for too long. Increasing difficulty in concentrating, planning, and organizing is evident. They have a limited understanding of time, increasingly disorientated, and have difficulty recognizing where they are.

Psychological Impact
People diagnosed with dementia are also likely to experience grief, loss, anger, shock, fear, and disbelief. They feel afraid about the future, scared about moments of confusion. It can also trigger depression and anxiety.

Social and Economic Impact
The total global societal cost of dementia was estimated to be US$ 818 billion, equivalent to 1.1% of global gross domestic product (GDP) in 2015. The total lifetime cost of care for someone with dementia is estimated to be $341,840, with the costs associated with family care to be 70% of lifetime dementia care costs.

Impact on Family and Careers
Dementia can also be overwhelming for the families of affected people and their caregivers. It can cause great stress to them due to physical, emotional, and financial pressures.

5. Safety Hazards of Dementia
Whether you’re concerned about safety yourself or have an older adult or person living with dementia in your life, it is important to know where you stand when it comes to safety. Start by assessing the hazards to find out where vulnerabilities lie.

Judgment
A person with dementia may forget how to use household appliances or dress inappropriately for the weather.

Communication
They may be unable to understand a written warning or a verbal warning in later stages of the disease.

Sense of time and place
They may get lost on his or her own street and be unable to recognize or find familiar areas in the home.

Behavior
They may become easily confused, anxious, suspicious, or fearful.

Physical ability
They may have trouble with balance and use a walker or wheelchair to get around.

Senses
A person may experience changes in vision, hearing, sensitivity to temperature, or depth perception.

As the disease progresses, the person’s abilities will change, thus causing alterations in the brain and body that may affect safety. But with some creativity and versatility, we can support these changes. Join thousands of people in showing your support for people living with dementia and their care partners. Together, we can create dementia-friendly home. Subscribe to us now! 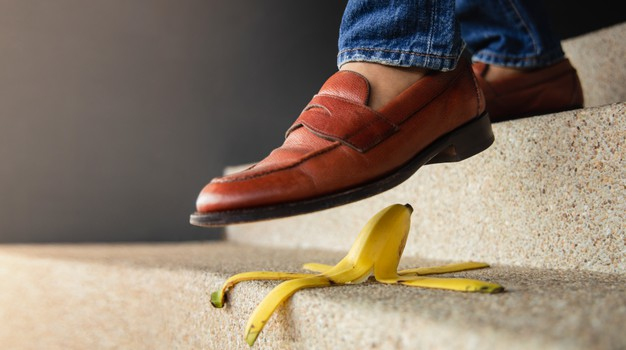 Top 3 Facts You Should Know About Fall Prevention

Falls may sound unimportant at first but every year several older adults gain injury due to falls, some even lose their lives in the process. However, do not let the fear of falling hinder your life. Instead, learn the top 3 facts of fall prevention to understand its importance and how it will be crucial for you and your loved ones.

Why Should Your Agency Have Access To The Emergency Preparedness Program Course?

Natural disasters and emergencies are not a "what if" but more of a "when will". Understandably, these two concepts happen inevitably. For agencies, an emergency preparedness plan should be in place. The emergency plan should specify different approaches to sudden emergency situations or disasters that may occur. 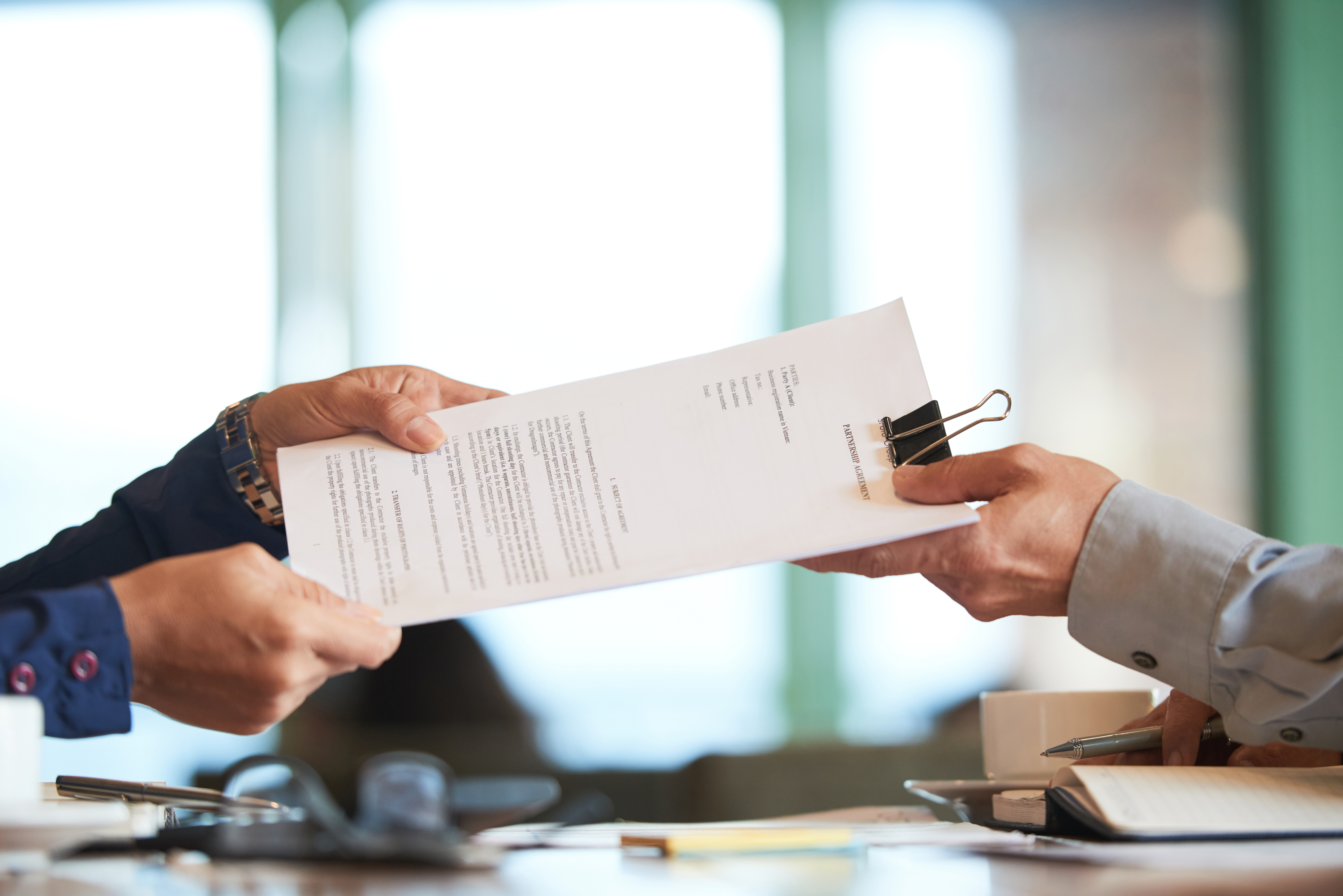 How To Safeguard Your Agency To Avoid Penalties and Violations

Establishing a healthcare agency requires a lot of consideration. One has to keep in mind the required resources, manpower, documentations, and last but not the least, compliances. Among the numerous compliances, the agency has to uphold is a very crucial one, the Health Insurance Portability and Accountability Act or HIPAA. With so many necessities for you to review, how could you ensure to gain accurate information regarding HIPAA? 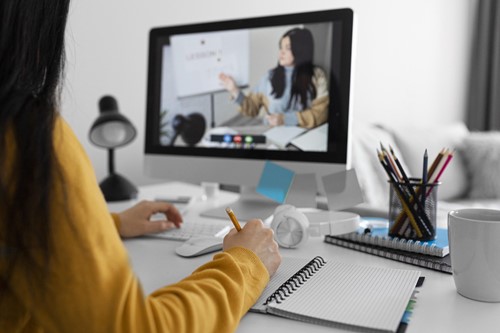 GooZam Grow: What You Need To Know About This Distance Learning Platform

Learning is a necessary part of our life and according to research, continuously learning keeps one productive. There are challenges of learning such as the availability of the knowledge and its accessibility. Not to mention the impact of the COVID 19 pandemic that is likely to have long-term consequences in many aspects of our lives. This leads us to embrace online platforms that are undeniably flourishing through the years.

Five Things You Should Know About Dementia

The population is aging and more and more older people are living with dementia. 50 million people worldwide are affected by this disease and there are nearly 10 million new cases every year. A growing number of people are offering support and treatment to a loved one who is suffering from dementia. More people are interacting with or meeting people who have the disorder and want to learn more about it. There is a lot of information in the press and online about dementia, so much that it can be overwhelming, so we’ve provided you with a basic overview of the disorder with 5 things you need to know.

How We Ensure Quality Of Your Learning With GooZam Grow

Learning is an integral part of life, more so when in the line of one’s career. We never stop learning and gaining more knowledge is a necessity in our job. It has been known as well that continuously learning about something new, or simply improving and supplementing the knowledge you already possess can be greatly beneficial for your mental health and your drive in life. It also keeps you up to date with new discoveries and changing trends over time. 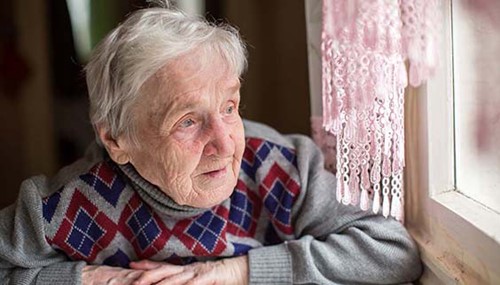 What if a simple change to your home could make a huge impact for someone living with dementia? Taking measures to improve safety can prevent injuries and help the person living with dementia feel at ease, less overwhelmed and maintain his or her independence longer. 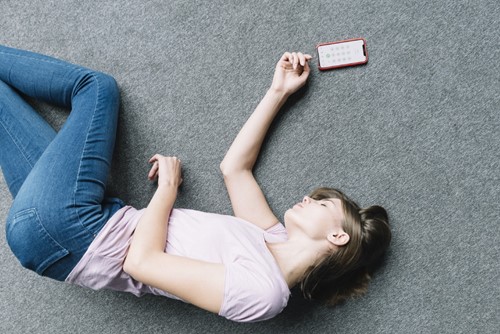 Top 3 Risk Factors for Falls You Should Know 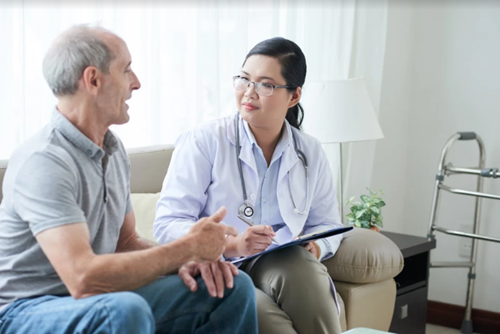 6 Ways You Could Reduce or Prevent the Risk of Falls

Falls must never be underestimated. Sure some falls are nothing and won’t cause any major incident, but when they do, it can lead to unwanted injuries, difficulties, or in extreme cases, death. We can’t just sit, wait and let it happen. What can we do? Well, you would be happy to know that we can identify the risk associated with falling. After we do identify them, we can remove or avoid those possible hazards making our lives safer. Here are the six (6) ways you could reduce or prevent the risk for falls. 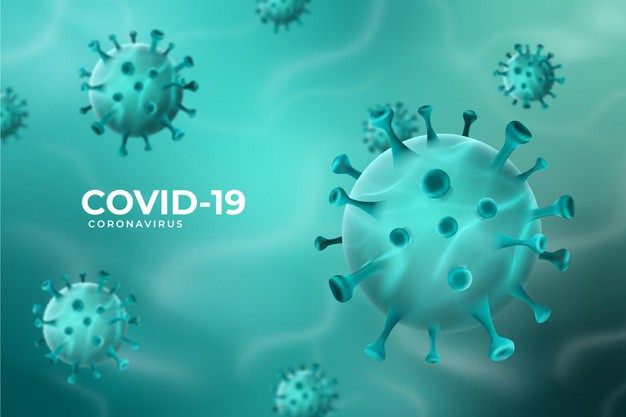 You Get This For Free When You Subscribe To GooZam Grow!

COVID-19 has caused a major interruption in the education of many. More than a year into the pandemic, a large number of the population mainly the students and professionals globally are affected by the disruption of the education system — that is why learning was taken into a digital platform. With the right tool given to learners, they can further their careers by gaining knowledge and skills that can also help them gain new qualifications. 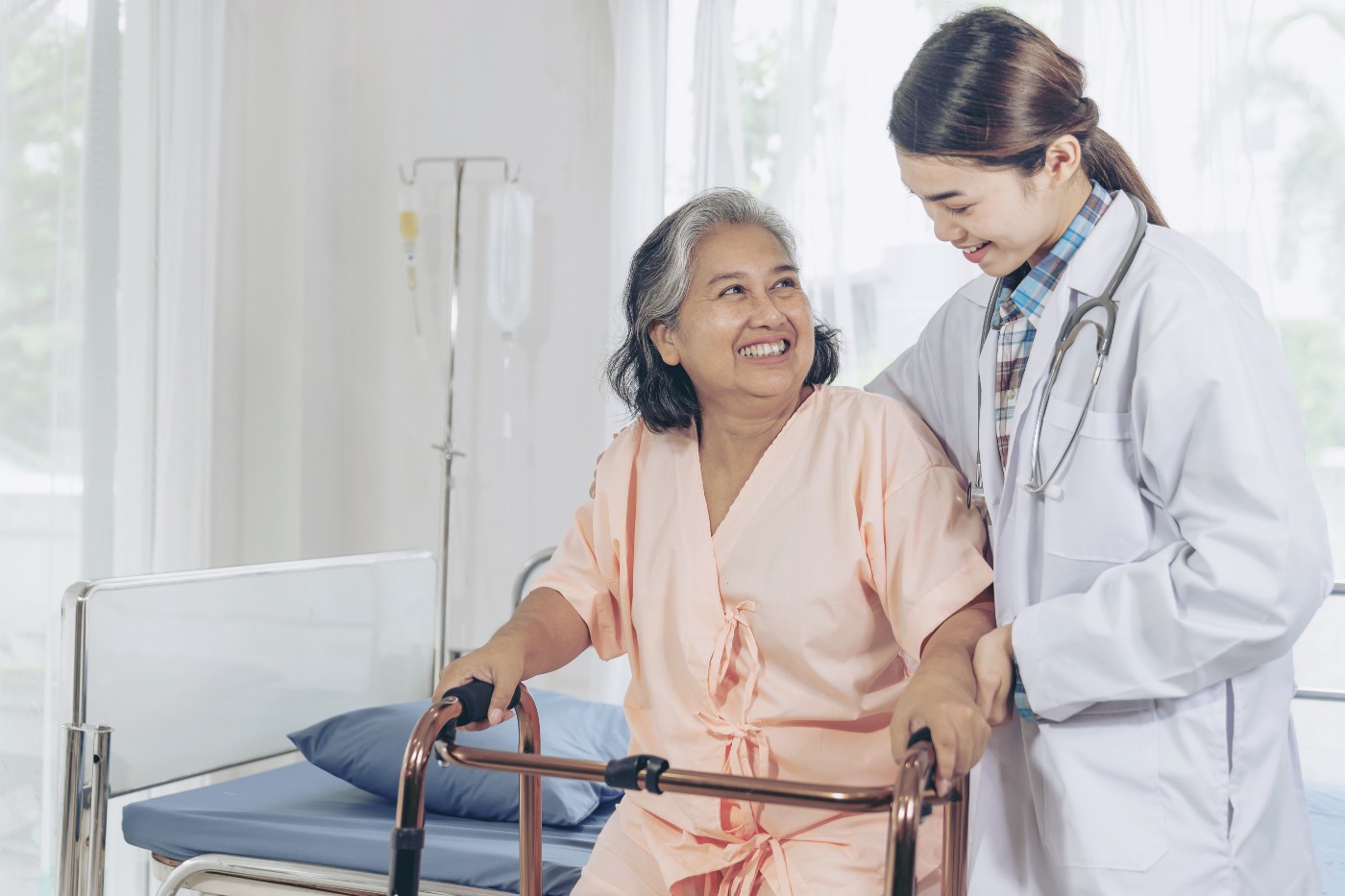 What Should You Know About Safe Transfer?

Patient transfer is a common occurrence in a healthcare institution. It may sound unimportant but you should understand that it is crucial. It is because the most unfortunate events can happen during this time especially with the absence of safety measures. 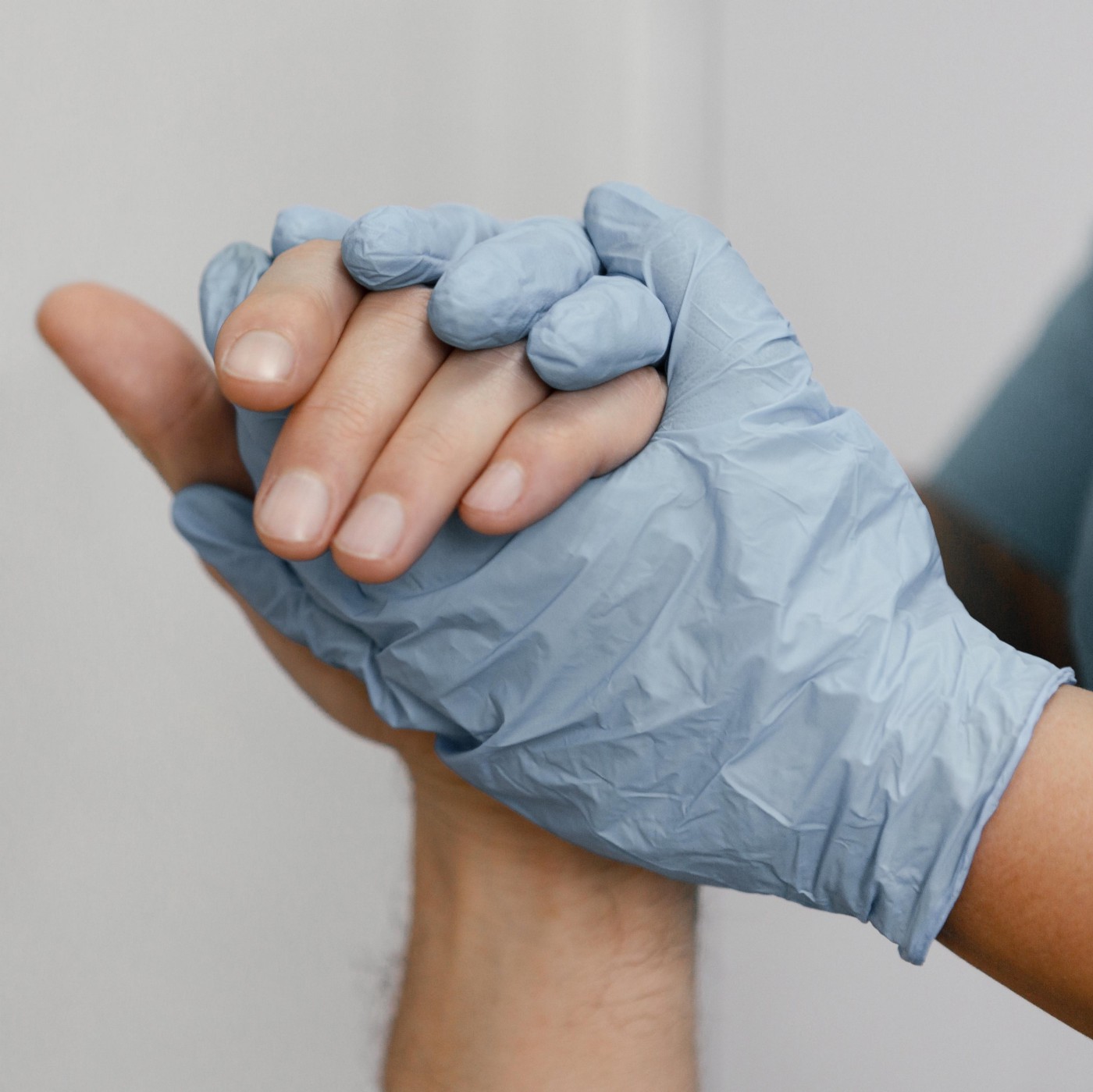 Few Things To Remember To Ensure Safety During Patient Transfer

Patient transfer oftentimes can be a difficult task for healthcare providers. There are a lot of factors that should be considered such as the patient’s size and mobility, device and equipment used, and many more. 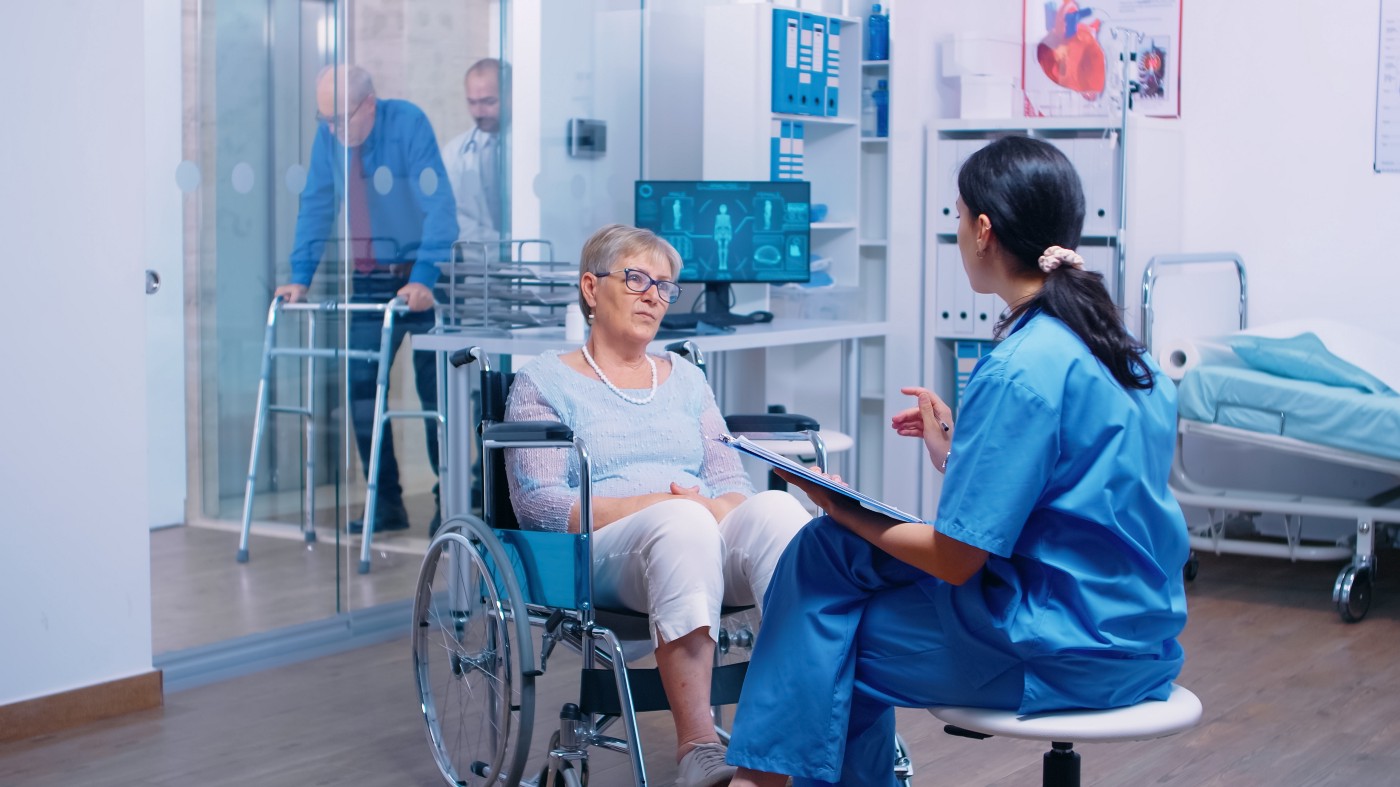 Best Practices by Healthcare Providers for a Safe Patient Transfer

Safe patient transfer as you may already know is of great necessity for your job as a healthcare provider, as you will be doing numerous transfers in the course of your career. Regardless of how many times you have performed this task, you must ensure both your safety and the safety of your patient. 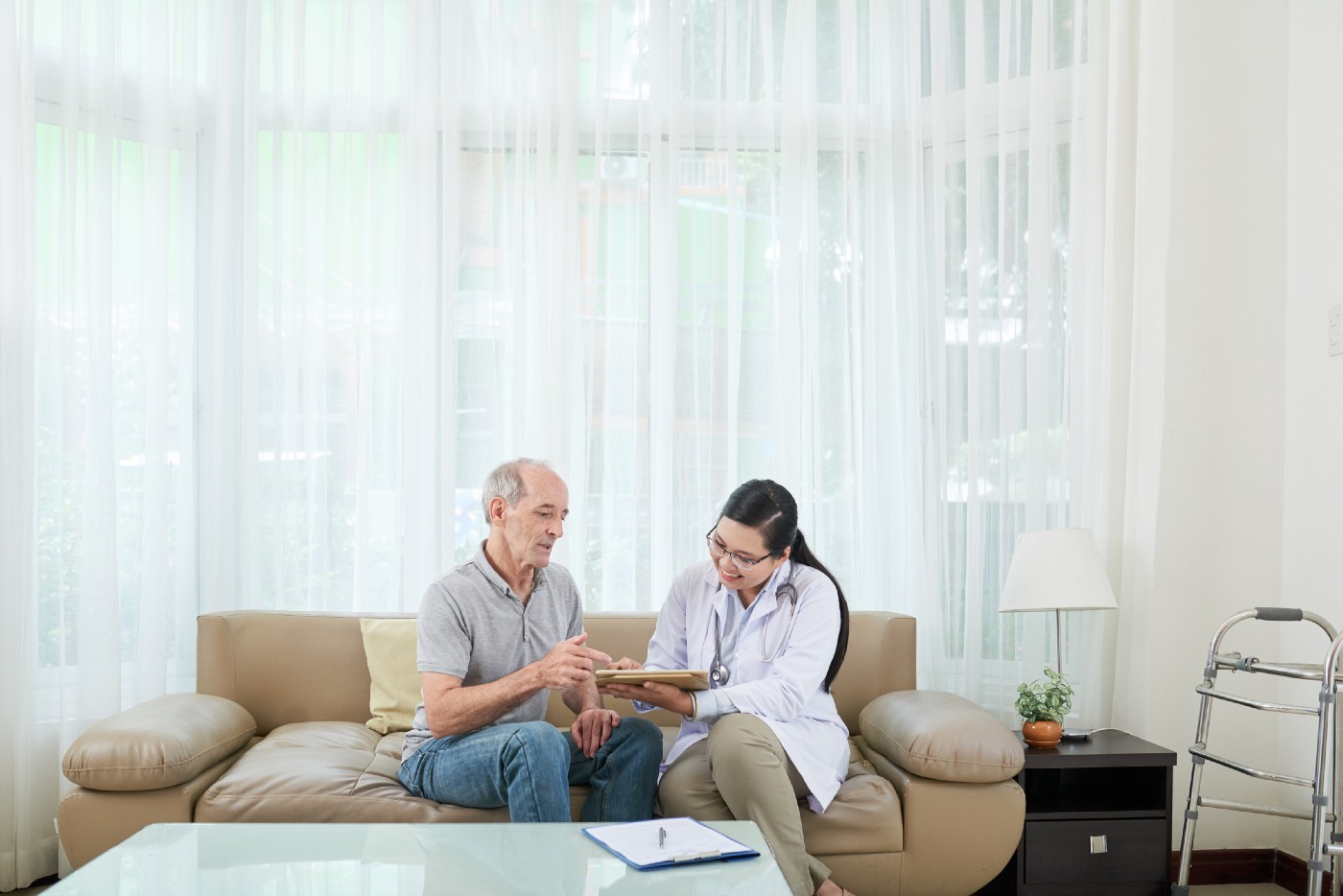 Beyond The Walls And Into The Home: What You Should Know About Home Visits

Home visiting has emerged as an important service-delivery strategy because it potentially affords unique opportunities for reaching populations. Under certain conditions, home visiting has been shown to produce positive impacts on young children and older adults and is also frequently employed as a means to reduce barriers to accessing health services. 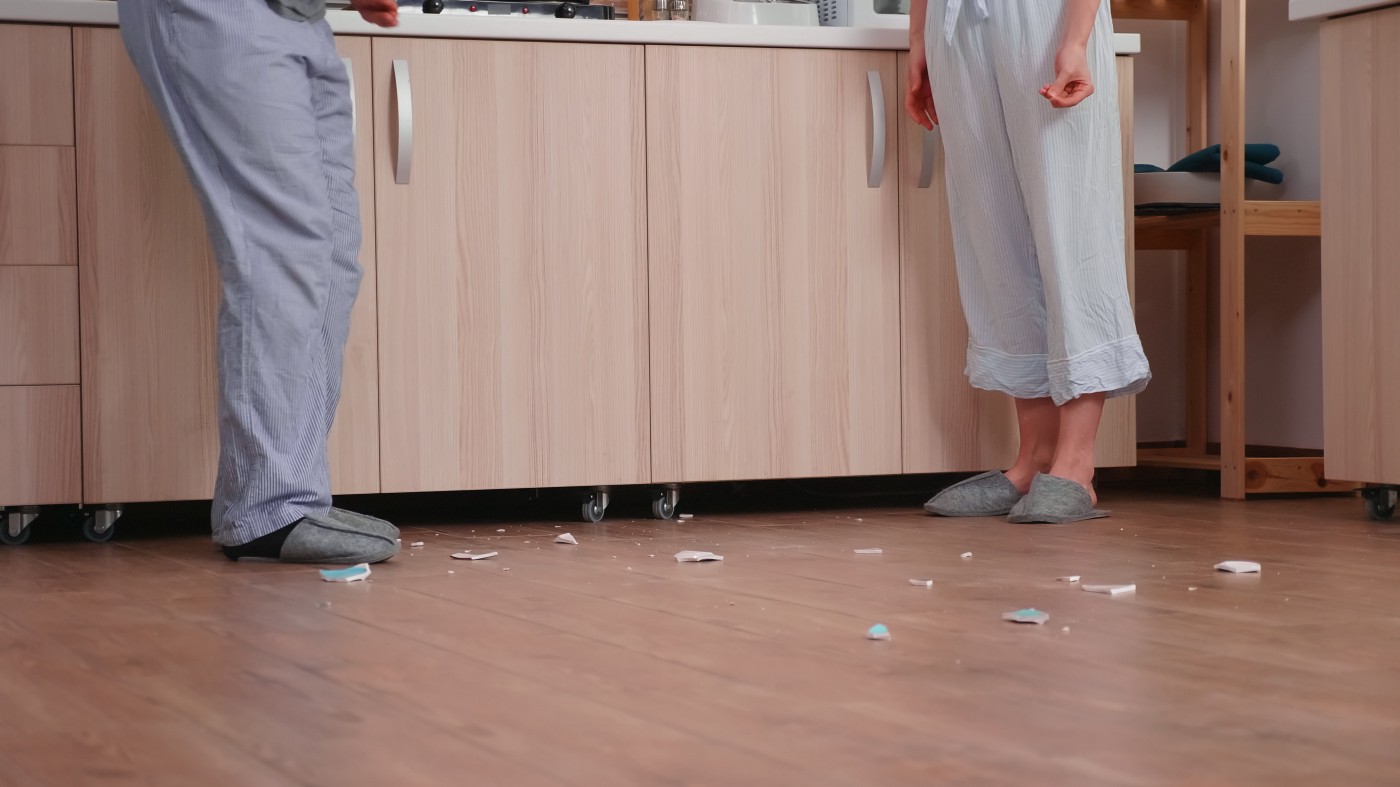 Healthcare providers confront particular dangers in terms of their own safety and health during home visits. They are often exposed to a range of life-threatening or possibly severe dangers. 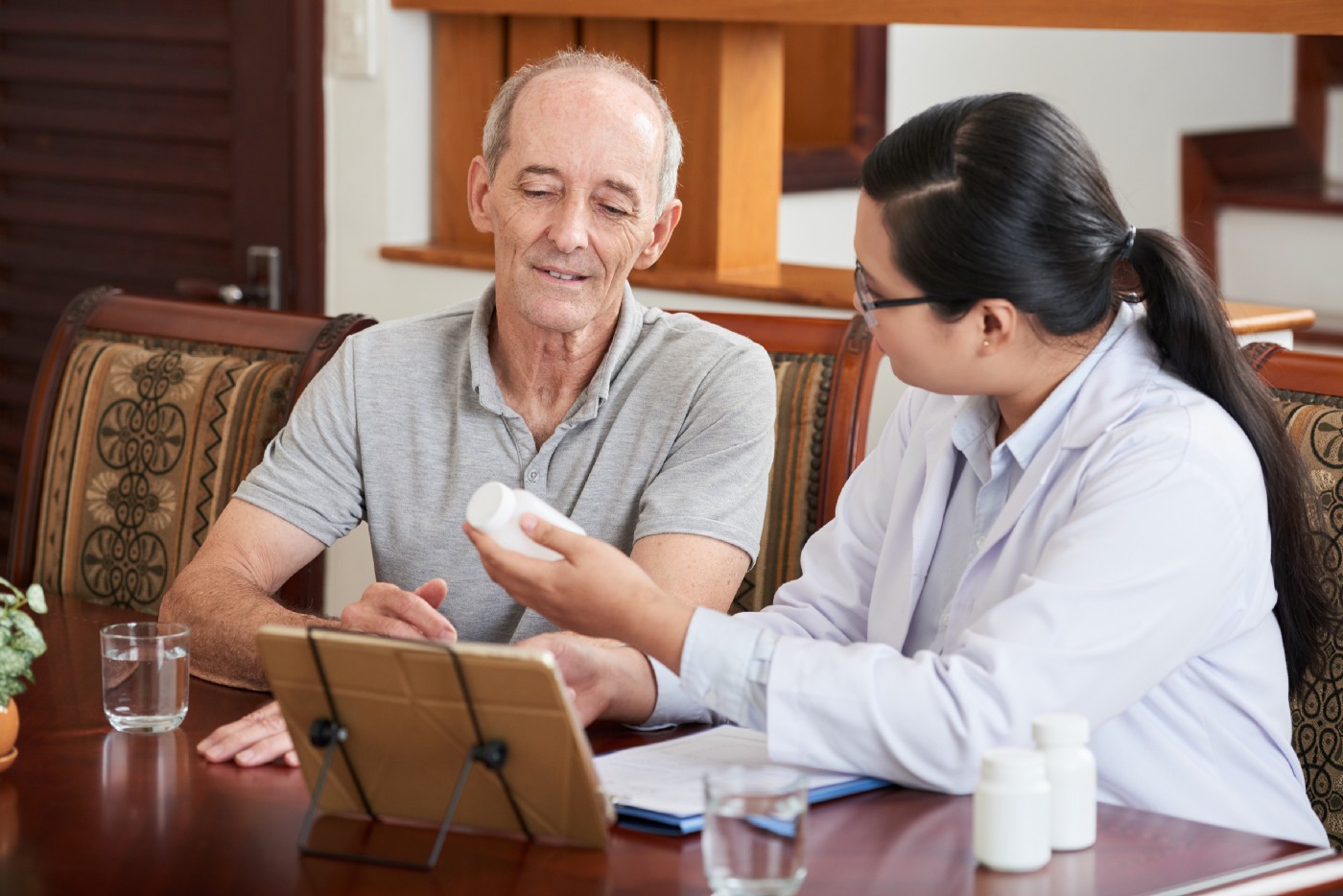 A Step by Step Guide to Making Home Visits Safer

Whether you are at work or at home, understanding how to take care of yourself and what risks you are exposed to are important steps on the path to safety. During home visits, healthcare providers face unique risks. They are frequently exposed to a variety of potentially fatal or life-threatening hazards. To avoid these hazards and protect yourself, how do you cultivate a safety culture that incorporates a preventative approach to managing risk? 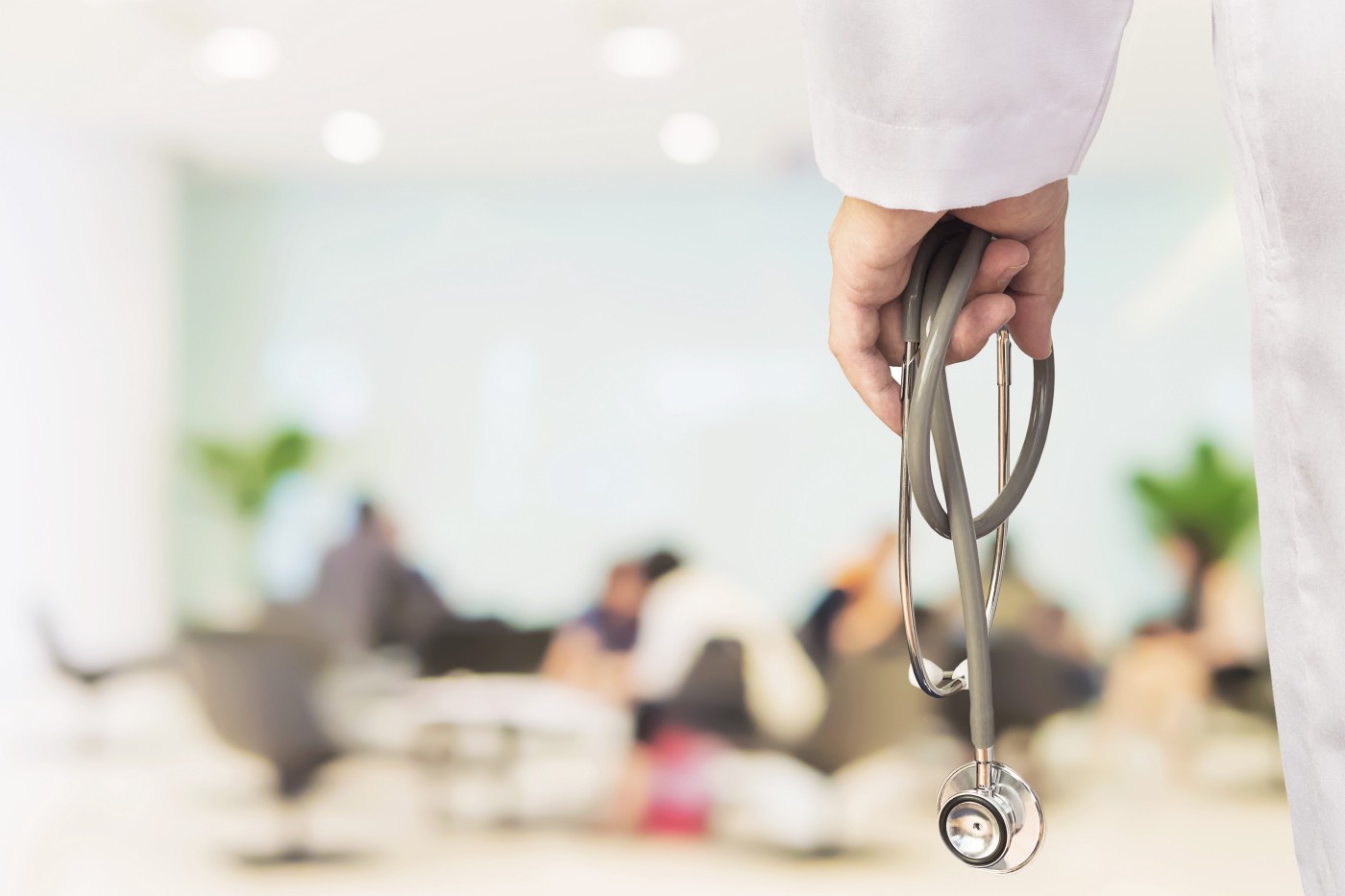 3 Things You Should Know About Healthcare Ethics

Every day you take care of patients in need of your care, you carefully assist them and provide medical care as part of your job. However, there is something within you that makes you do more. Every time you take care of a patient, these words pop up in your mind “First, do no harm”. 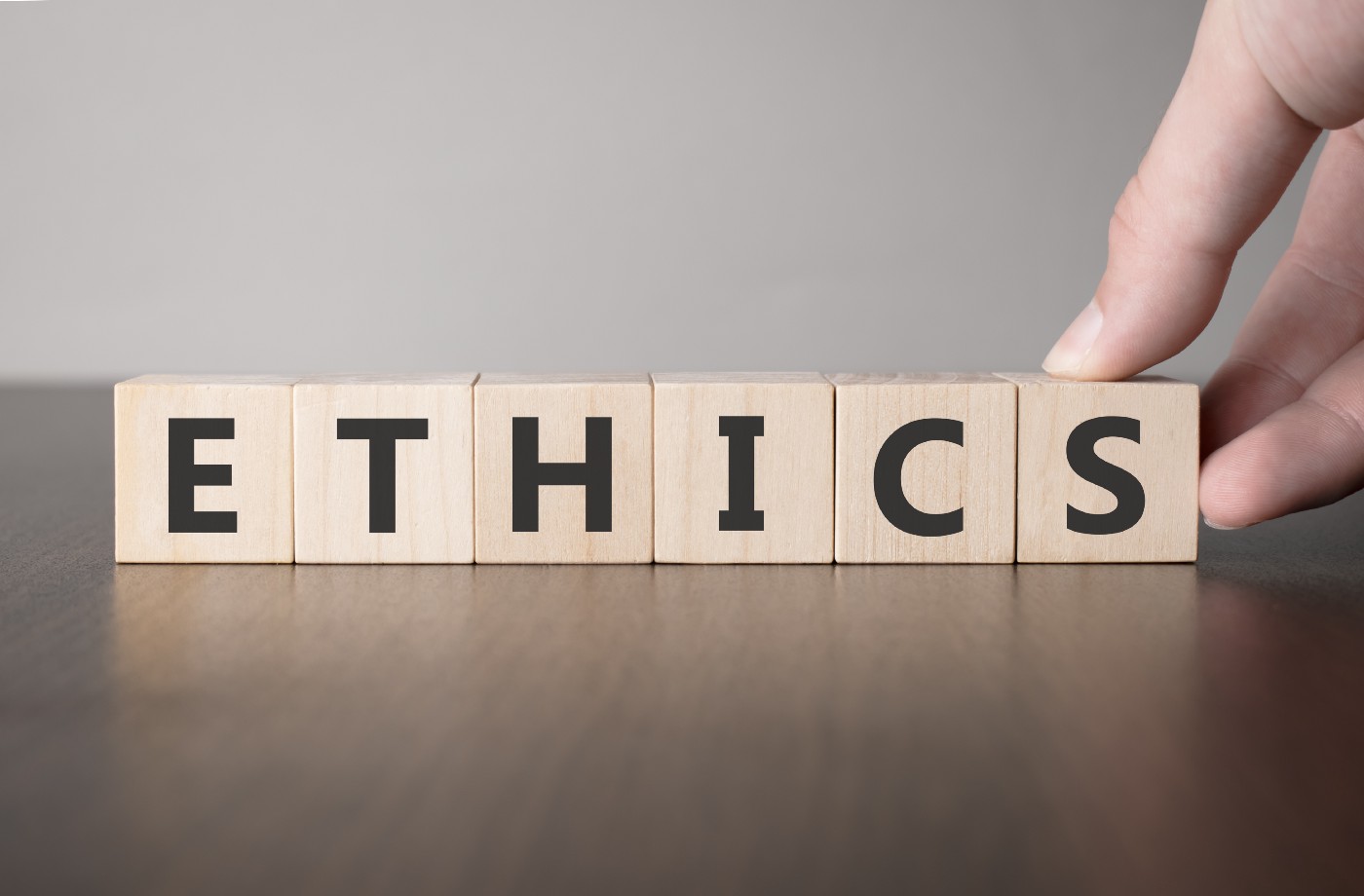 In your career, healthcare ethics will always play a vital role. Each decision you will make must be questioned if it is within the community ethical standards, or simply if it is ethical for you. You have learned and trained the norms of healthcare in our current society yet, it is difficult when it is challenged. That is why we’re here to help you and guide you on what you can do. Here are the ways healthcare ethics are being practiced. 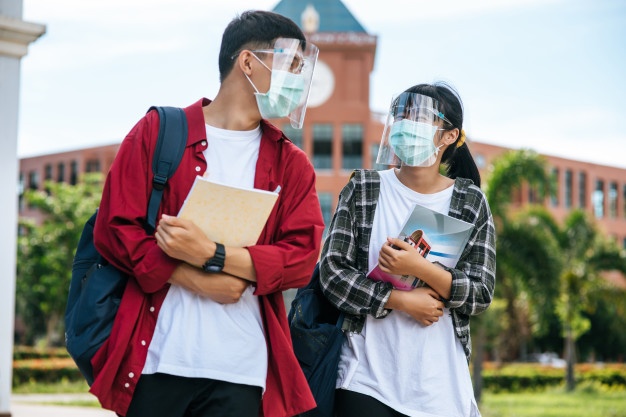 Four Main Challenges to Review Centers Amid and Beyond the Pandemic

Before the school year draws to a close, we would normally notice students and parents walking the stretch of General Luna street, holding brochures and flyers, trying to find the best review center that will help them qualify for the best college education or pass the licensure exam. But did you know that many years ago, review centers were not so commonplace, and students had to study by themselves? Today, review centers are mushrooming everywhere in the city. 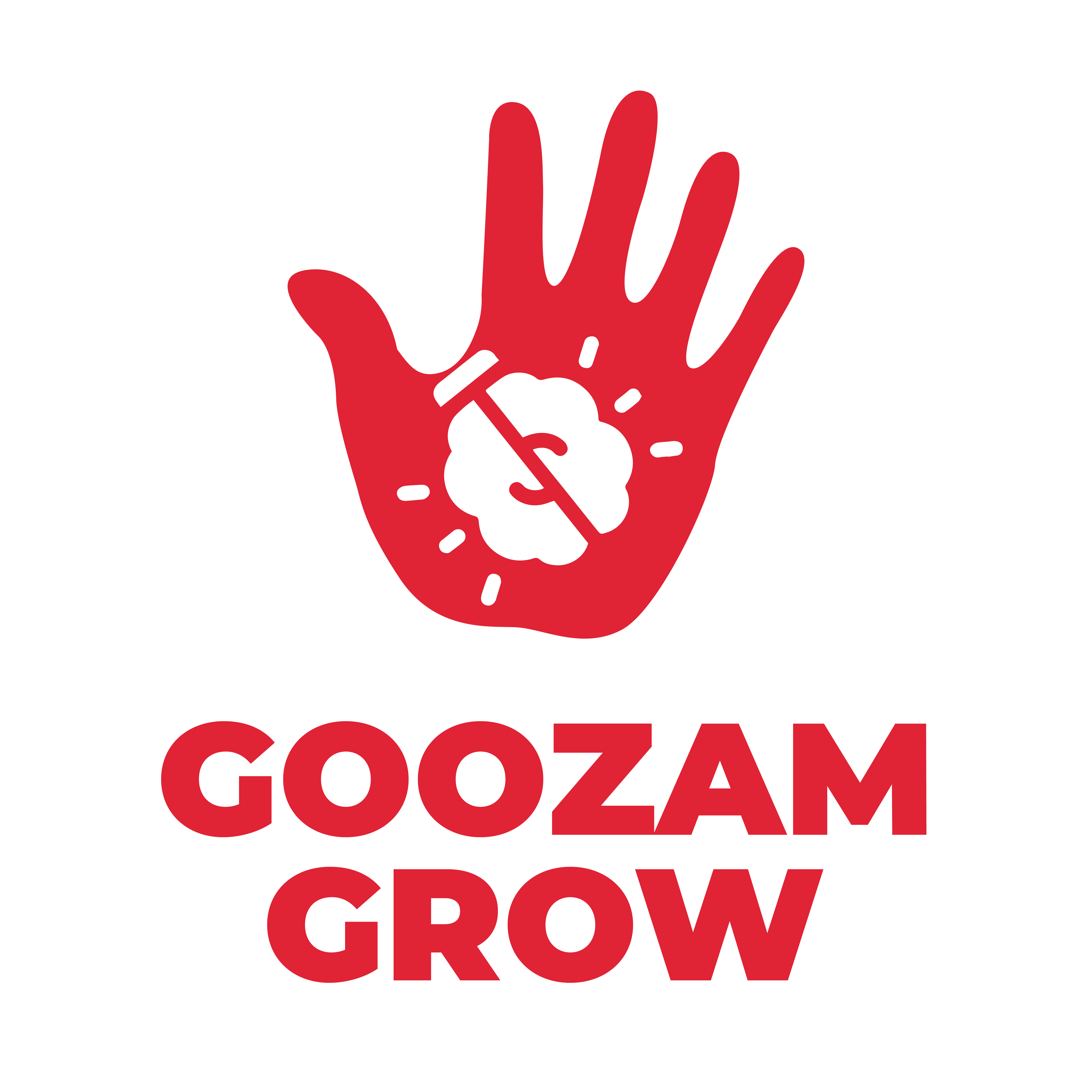 GooZam Grow is a Distance Learning Platform
for Enterprises aimed at advancing human capacities
to prepare for the future of work.